After a lovely morning strolling around the Imperial Palace Gardens, we then headed to our next destination for the day, Harajuku.

This popular district in Tokyo is known for it’s imaginative, quirky and mostly flamboyant fashion scene and has been a source of creative inspiration to some famous celebrities like Gwen Stefani (Harajuku Girls music video 2004) and Avril Lavigne (Hello Kitty music video in 2013).

It has been said however, that Harajuku fashion has been on a decline and unlike years ago, it is now quite rare to see people dressed up in the expressive (and kind of cartoonish) style that the place is known for.

One of the main reasons why I wanted to go to Harajuku was to see the different Harajuku styles of fashion (e.g Lolita, Decora, Fairy Kei) being worn in person. Sadly, when we were there I only saw one girl dressed up in a Lolita-Goth inspired ensemble. Some say you can usually see more of them on a Sunday, but even then you don’t see a lot these days compared to years ago when it was a common sight.

It was a little bit of a disappointment… but that did not make our time in the area any less fun. The district still retains a pretty cool vibe and there’s still loads of things one can do apart from see/meet people with outrageous outfits.

This short list I am posting here is based on our own personal itinerary during our trip. We did not have a lot of time to explore this part of Tokyo, however we did manage to see some of the main highlights of the area. For those wanting to explore Harajuku but are a little bit pressed for time, here are five suggestions to consider during your visit.

A pedestrianized street around 400 meters long and is one of Tokyo’s busiest and brightest streets — well known to both locals and foreign travelers, it can get very crowded especially during the weekends and during the summer period.

Takeshita Dori is the focal point of Harajuku’s teenage culture and so most of the stores here have goods that aim towards attracting young people such as fashion boutiques, make up and skin care stores, “lolita themed” apparel shops, 100-yen shops and gift stores selling “kawaii” goods. 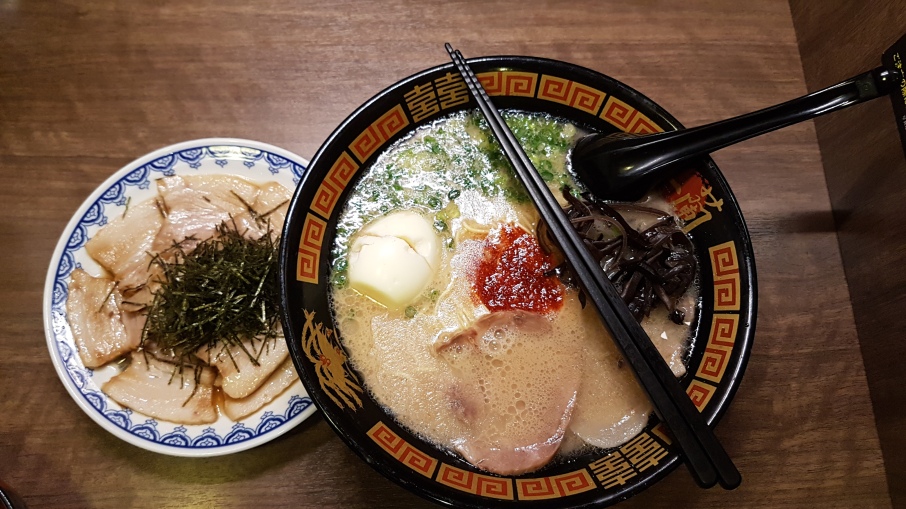 A must try for everyone who loves ramen as much as I do! Haha! I have written a more detailed blog post about our Ichiran experience. Click on this link to find more.

Another popular shopping street in the area but this one’s more on the upscale side. Wherein Takeshita Dori was targeted towards the youth, this one is more for the sophisticated adult clientele. A lot of famous brand name shops, cafes and restaurants can be found along this tree-lined avenue which makes it a bit comparable to the Champ Elysee in Paris.

A shinto shrine built in 1920 dedicated to the deified spirits of Emperor Meiji and his consort, Empress Shoken. Emperor Meiji was the first emperor of modern Japan and it was under his rule that Japan became a modern state.

The shrine complex is located within a large forested area (it is said the the trees in the area were donated by people from all over the country at the time of the shrine’s establishment) and is a good place to escape the hustle and bustle of the busy city life outside.

Five floors of Kawaii Goodness for the kids and kids at heart! The store offers a variety of year-round available merchandise but they also have items that are available only periodically and so the layout of each floor changes from time to time. The products that can be found here are themed after popular characters from Japan and abroad (ex. Marvel, Disney, Hello Kitty, Rilakkuma) and are sure to bring out everyone’s inner child.