The River Seine — one of Paris’ many important landmarks. It flows right through the heart of Paris and borders 10 of the city’s 20 arrondissements, thus we were able to pass by it a couple of times throughout our day in Paris. 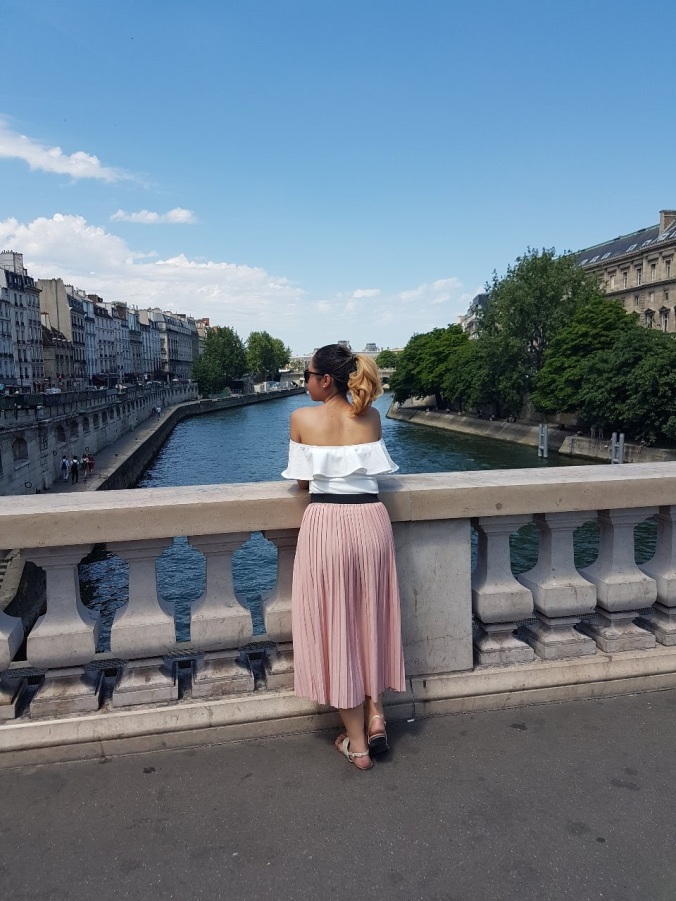 My first good view of the river was while we were crossing Pont Saint-Michel bridge on our way to the Notre Dame Cathedral. I had just landed in Paris 0700 that morning after a 30-hour flight from New Zealand. I should have been feeling tired…but I was too excited that I didn’t feel the least bit tired at all. Paris! What was once something I used to only see in photos and movies, I was finally seeing with my very own eyes! 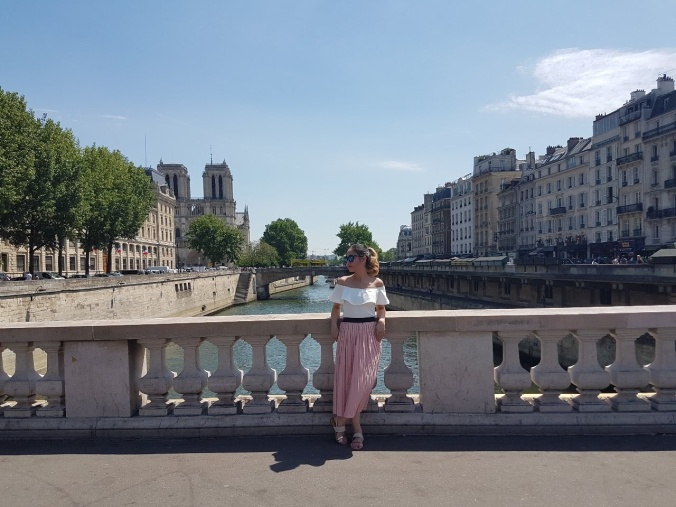 Of course, we couldn’t resist the photo opportunity that presented itself so we quickly snapped some photos when there weren’t a lot of people walking over the bridge.

We saw a couple of boats leisurely going up and down the river — most of them boat tour cruises allowing tourists a different take in exploring the city.

On our way to the Louvre from the Notre Dame, we went down a set of stairs by Quai des Grands Augustins near Pont Saint-Michel to get closer to the water. 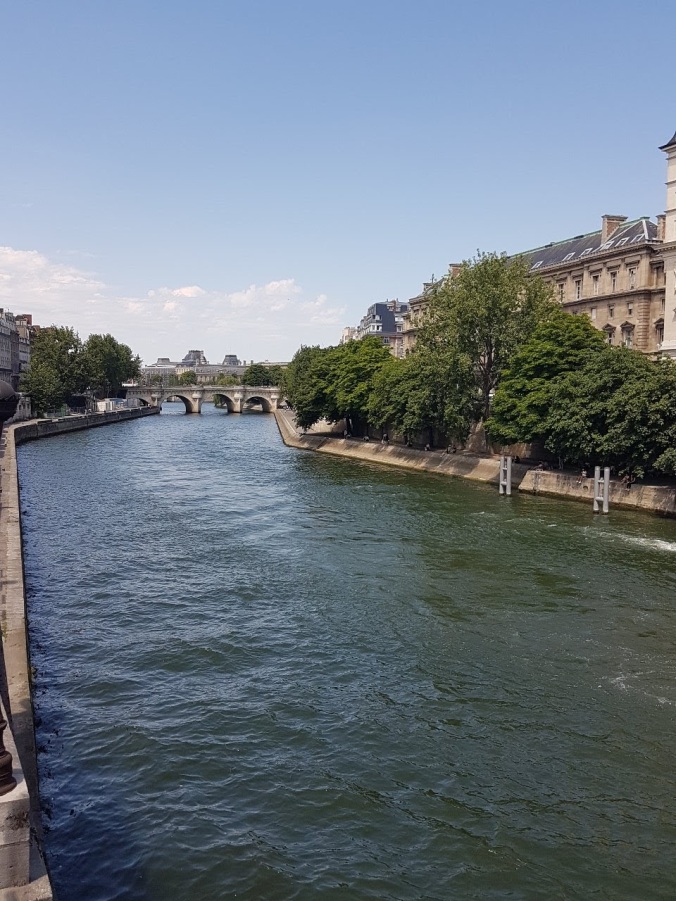 From there, we continued on walking by the riverside… passing under both Pont Neuf and Pont des Arts bridges. 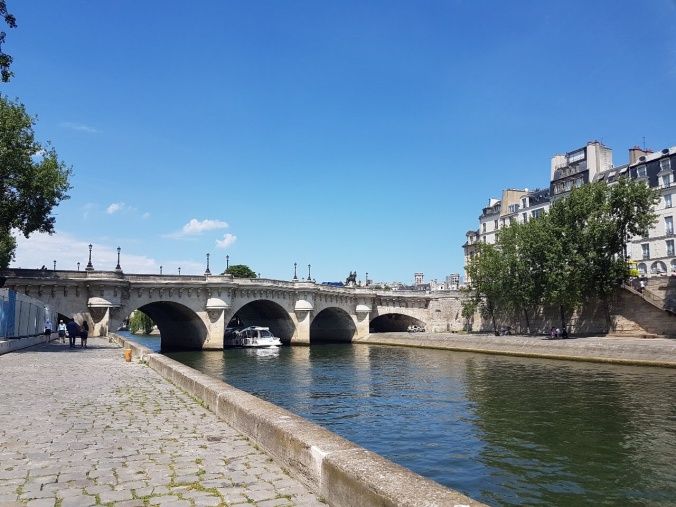 “The Pont Neuf is considered to be the oldest stone bridge in Paris. Henri IV ordered it to be constructed in 1578.” – Parisinfo.com 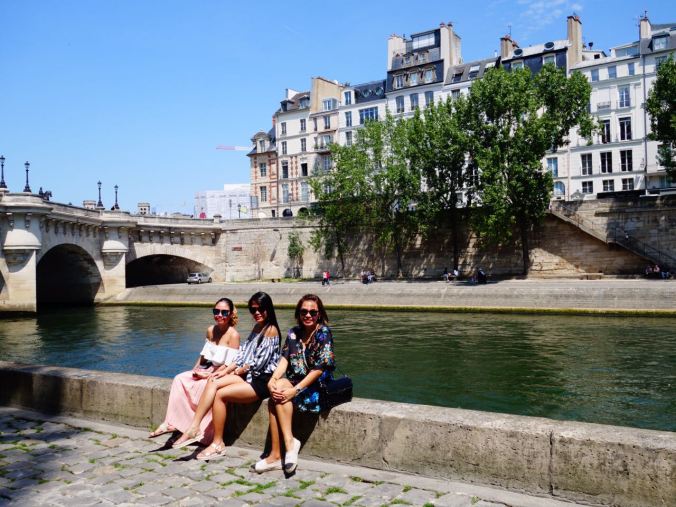 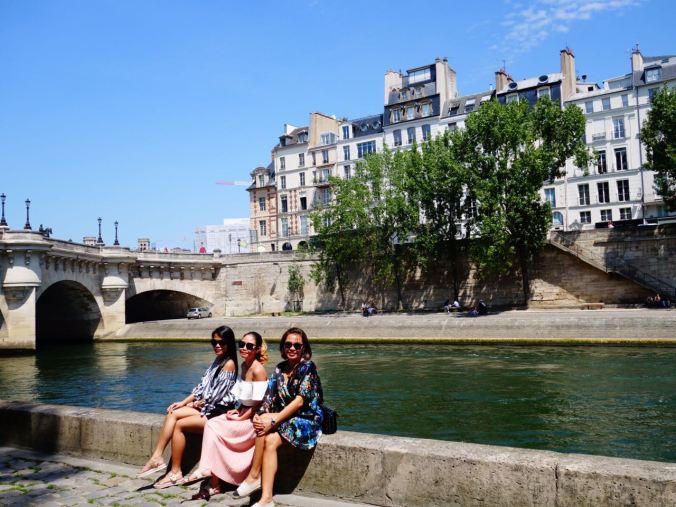 “The Pont des Arts, also known as the Arts Bridge, is a work between the Institut de France and the Musée du Louvre. Built between 1801 and 1804, it is the first iron bridge in the capital.”  Parisinfo.com