On the way back home to Wellington while on a recent roadtrip up north, we passed by the Hawke’s Bay region — known for it’s beaches, warm weather and many wineries. We were there for the wine, as it was already the last few days of autumn and the cold had already set in even if winter hadn’t officially started yet, which meant no beaching and basking in nice balmy weather.

We booked ourselves to do a short wine tour at Church Road winery. We were lucky as we were able to make a last minute booking on the same day we wanted to do the tour… maybe because it was off season and there were lesser visitors. I’m not sure if that would have been possible during the summer time when there would be more people coming into the region.

We started at the cellar door — the wine tasting room where you can sample the winery’s range and discuss the different wines with one of the knowledgeable staff. In Church Road, the cellar door was also where the restaurant was located.

*The oak barrels in the restaurant was a nice touch and added a nice rustic feel to the place.

Our guide, Rebecca, handed each of us a wine glass before we began, then we followed her out the main doors and into the sunshine to commence the tour.

We stood by a wide open grass field just in front of the building, which we were told, was once where the grapes were planted but because the soil wasn’t very good, they were then moved to different locations and the area now serves as a perfect setting for outdoor events and concerts.

In the above photo: My close friend’s Aunt Stella who was visiting NZ all the way from the Philippines.

Rebecca talked about the history of Church Road; about it’s original founder/owner Bartholomew Steinmetz who later on returned to his native Luxembourg to marry, leaving his winery in the hands of the 19 year old Tom McDonald who had been working for him since his early teens and who later on bought the winery and proceeded to make the first quality red wines in NZ. She also talked about the changes in ownership the boutique winery has gone through over the years…the latest owner being Pernot Ricard, producers of well known products such as Absolut vodka and Kahlua.

After the brief history talk, we were then shown around different areas of the winery while Rebecca explained to us the technicalities involved in the wine making process. We also had a sample of two of the wines (one red and one white) straight from the tanks. 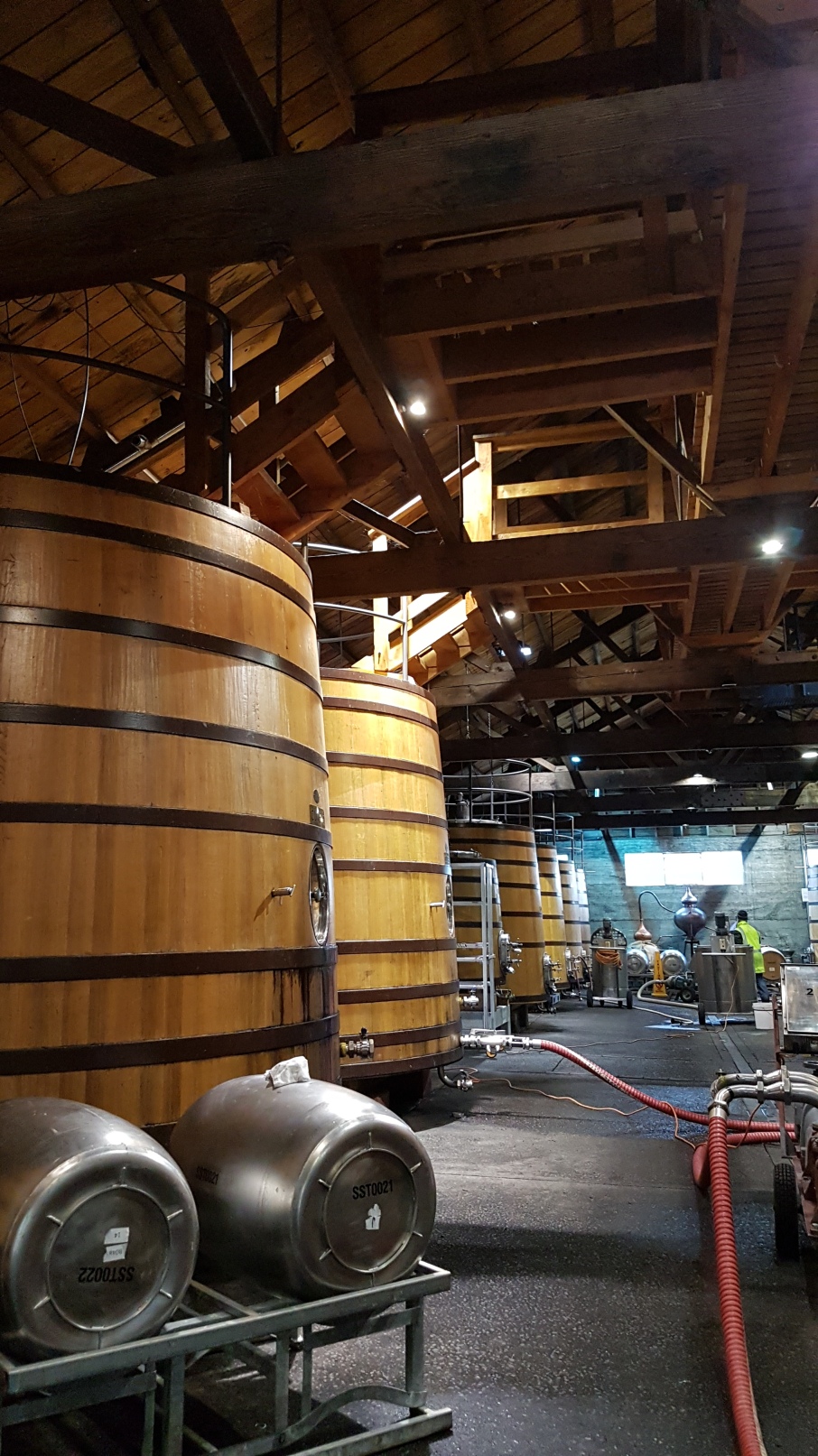 *The Cuve Room: Juice from pressed grapes get transferred into the big oak barrels. Yeast is then added and the fermentation process begins.

*Wooden stairs leading to the top of the oak barrels. Maintaining accurate temperature is key during this process and so workers regularly do their checks while the wine is fermenting.

*The wine is put into oak barrels to age. Church Road normally uses French Oak for their chardonnay. They normally cost at least $800/barrel but can go up to $3,000 depending on quality.

We were also brought down to their wine museum (the only one in NZ we were told) located underground in what used to be concrete vats — where wine was fermented in the olden days. The only reminder of it’s past usage is the faint sparkling left behind in the walls from the tartaric acid of the wine and a small hole on top of the ceiling that has now been covered, where the workers used to go in to check the wine while it was fermenting. 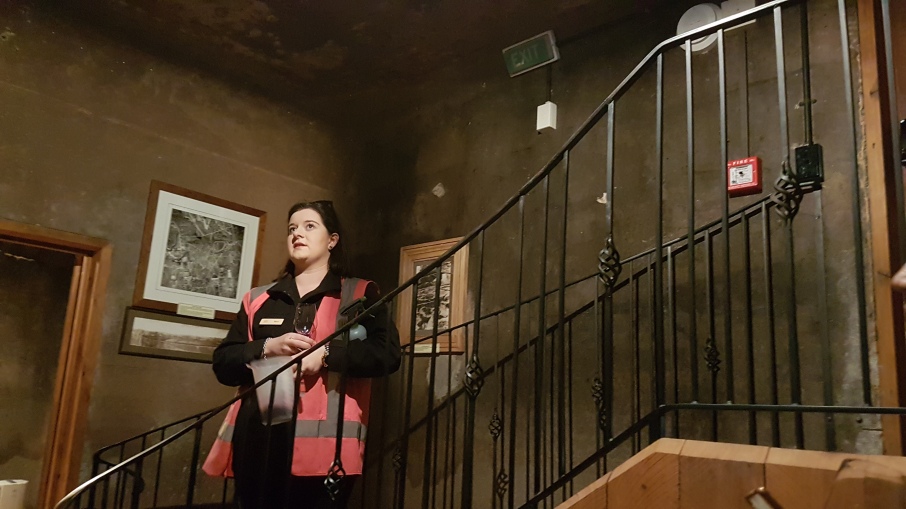 We walked around the small space, viewing the exhibit on offer with Rebecca telling us facts and information about wine making in the olden days as well as relating it to the process of making wine today. 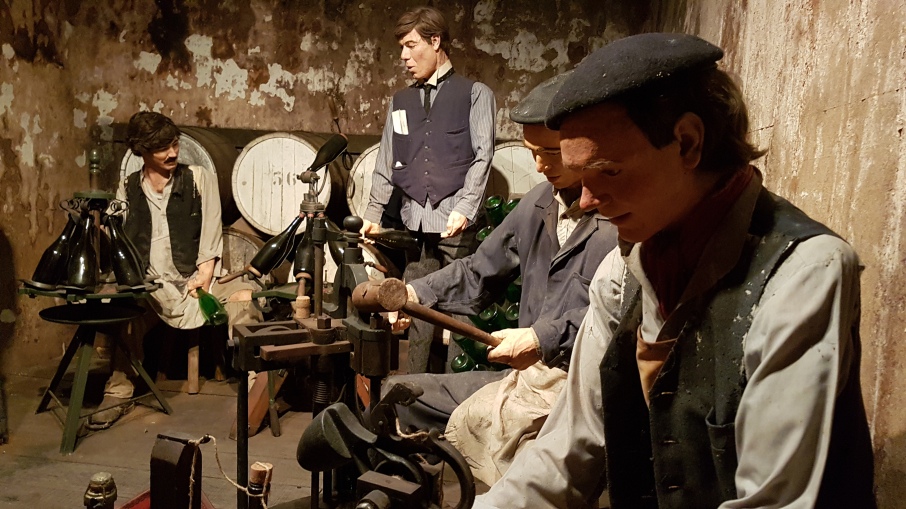 Once we were done with the museum tour, we headed back to the Tom Mcdonald cellar for the last part of our tour… food and wine pairing! 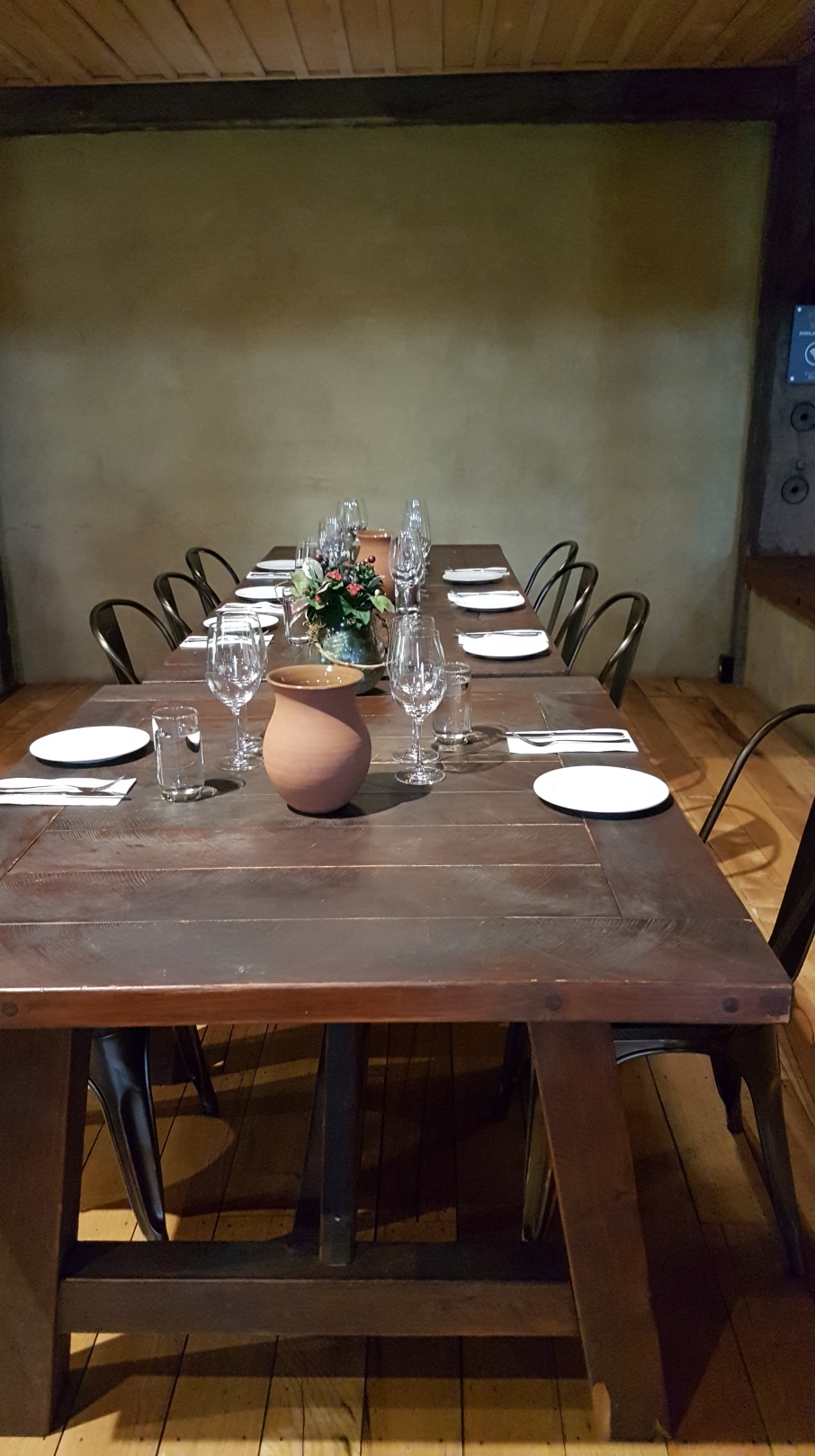 We were each given a glass of champagne to start off and then we got to taste six wines in total… three reds and three whites, paired with bite sized food offerings with Rebecca facilitating and providing information in between our sampling. 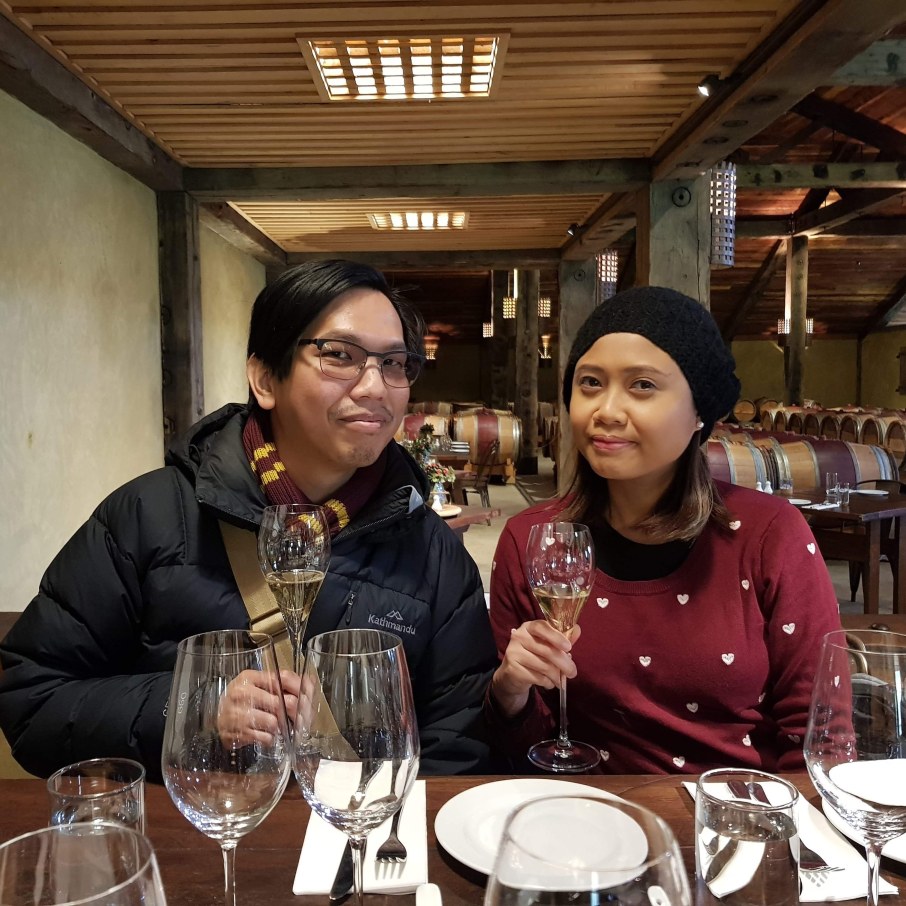 *Our two favorites were the McDonald series Pinot Gris 2017 and the Grand Reserve Merlot Cabernet Sauvignon 2014.

*You can buy a bottle (or two) from the wines on display inside the Tom Mcdonald cellar, just to right from the entrance.

All in all a very wonderful experience and we had such a great time! Cannot wait for summer when we can do more winery tastings paired with some nice warm sunny weather!